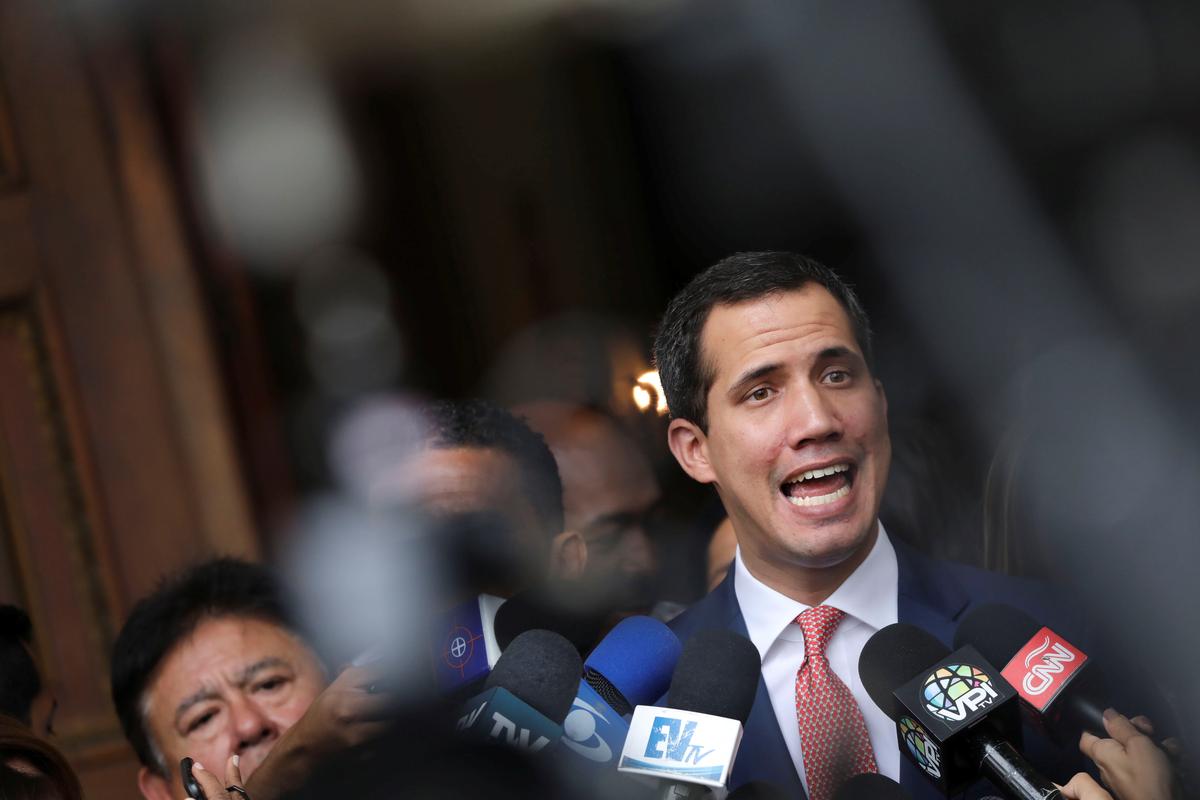 CARACAS (Reuters) – Venezuela’s opposition-run congress said on Tuesday it will form a commission that will eventually renegotiate the country’s debt, much of which is in default, and protect the OPEC nation’s offshore assets from seizure by creditors.

FILE PHOTO: Venezuelan opposition leader Juan Guaido, who many nations have recognised as the country’s rightful interim ruler, talks to the media as he attends a session of Venezuela’s National Assembly in Caracas, Venezuela August 13, 2019. REUTERS/Manaure Quintero

President Nicolas Maduro’s government has defaulted on most of roughly $60 billion in foreign bonds issued by Venezuela and state oil company Petróleos de Venezuela, S.A., or PDVSA, but has had minimal contact with creditors about addressing the situation.

The commission would be tasked with “the study of debt, and of course, protection of our assets,” Guaido told reporters. In January he invoked the constitution to assume a rival presidency, arguing Maduro’s 2018 re-election was illegitimate.

The seven-member commission will include legislators and economists, and be formally approved in upcoming congressional sessions, Guaido said.

It will carry out “actions to design and prepare for the renegotiation of public debt, including proposals for refinancing or restructuring,” according to a preliminary proposal.

Opposition leaders said the new U.S. sanctions will help them protect Citgo and would pave the way for the renegotiation of a bond backed by Citgo shares.

Creditors have had little contact with Venezuelan officials because Maduro is not seen as credible negotiator and because U.S. sanctions prevent many from holding such meetings.

Guaido, who has been recognized by more than 50 countries as Venezuela’s legitimate president, is preparing for a renegotiation process after Maduro leaves power. Maduro calls him a U.S.-backed puppet seeking to oust him in a coup, and has accused the opposition of trying to “steal” Citgo.