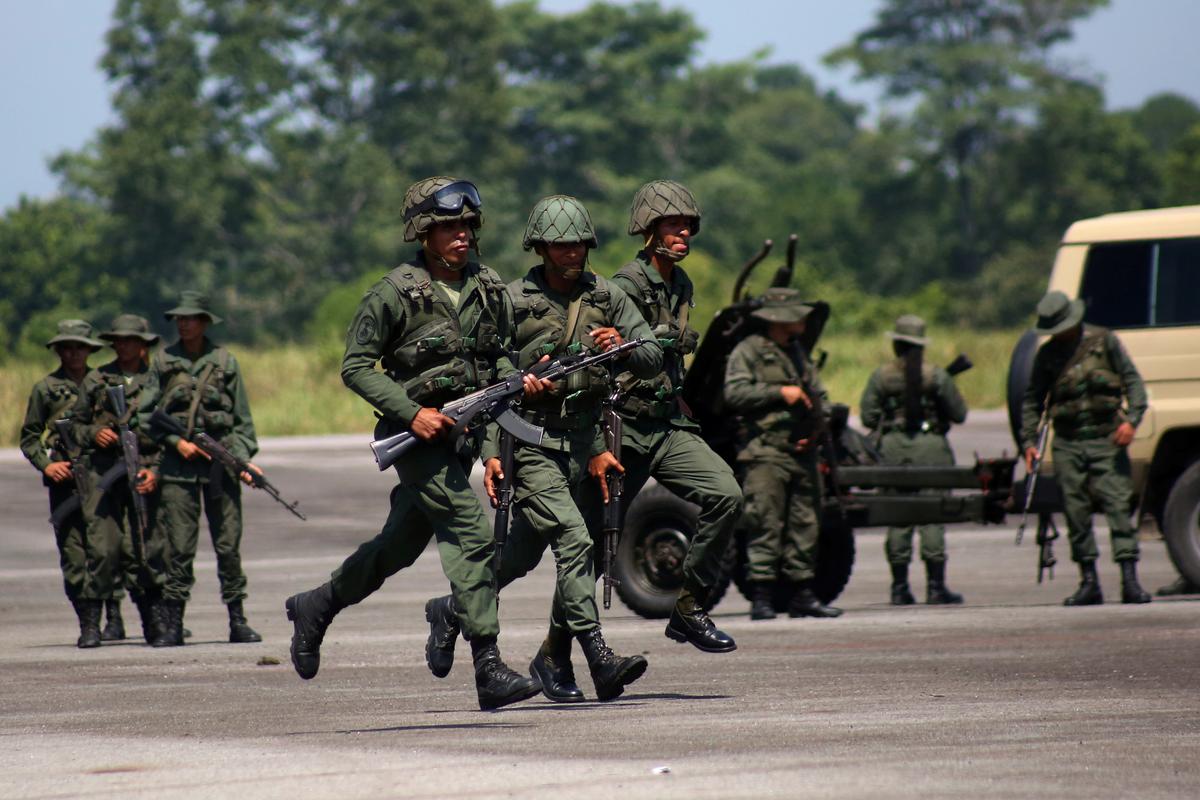 LA FRIA, Venezuela (Reuters) – Venezuela’s armed forces carried out military drills along the Colombian border on Tuesday which it said were to prepare to intercept a foreign invasion, though neighboring countries have not threatened to do so.

The armed forces’ Strategic Operational Commander, Remigio Ceballos, said 150,000 troops were conducting activities “related to security, exploration and the interception of any invasion of Venezuelan territory.”

“It’s an operation to guarantee the defense,” Ceballos said, speaking to reporters at an airport by the city of La Fria in the border state of Tachira. The exercises are expected to continue for several weeks.

Venezuelan President Nicolas Maduro has repeatedly warned of an invasion from Colombia, coordinated by the U.S. government, but there is no evidence one is forthcoming.

The U.S. government has said it wants to resolve Venezuela’s crisis peacefully, either via negotiations or by forcing Maduro out of power through the use of crippling sanctions.

Most western nations consider Maduro illegitimate after he secured a second term last year in a vote widely viewed as fraudulent. The United States instead recognizes as Venezuela’s rightful head-of-state opposition leader Juan Guaido, who Maduro claims is fomenting a coup.