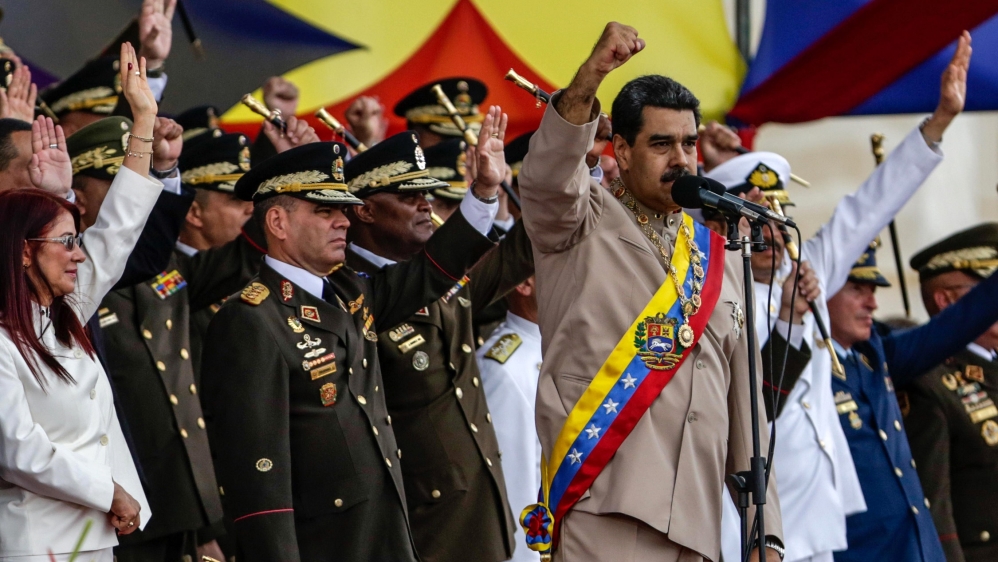 Venezuelan President Nicolas Maduro has put the military on alert ahead of exercises along the border with Colombia, accusing the neighbouring nation’s president of plotting an attack as tensions mounted between the two South American countries.

«It wants war. It wants violence.»

It was the latest salvo between Maduro and Colombian President Ivan Duque, who have traded accusations of harbouring armed rebels recently.

Animosity between Colombia and Venezuela flared last week when the former chief negotiator for the Revolutionary Armed Forces of Colombia announced he would take up arms again, saying the Colombian government had failed to uphold a 2016 peace accord.

Guaido declared himself interim president of Venezuela in January, claiming Maduro’s 2018 re-election was invalid; he has been recognised by Colombia, the United States and more than 50 other countries.

Friction escalated in recent days amid the protracted struggle between Maduro and Guaido, who wants to remove the socialist president entirely, with backing from the US and Colombia, among others.

The struggle has locked Venezuela in a political and economic crisis marked by hunger and mass migration as citizens attempt to secure their livelihoods elsewhere, which critics blame on more than two decades of socialist mismanagement.

The announcement came hours after Guaido said said he has approved the use of satellites to hunt down fighter crossing into Venezuela from neighboring Colombia.

Collaboration has begun between Venezuela’s opposition and Colombian officials to collect intelligence on guerrilla camps and planes that Guaido said they use to transport drugs. He offered no details, such as who would collect the satellite imagery.

He urged Venezuela’s military to «immediately eject» the «terrorist groups» from Venezuelan territory.

Maduro, who remains in power with backing from the military and international allies including Cuba, Russia and China, has said that Guaido is a puppet of the Trump administration.

Over the weekend, Maduro’s chief spokesman accused Duque of allowing three paramilitary training camps to operate in its territory with the aim of removing Maduro, offering satellite images to support the allegations.