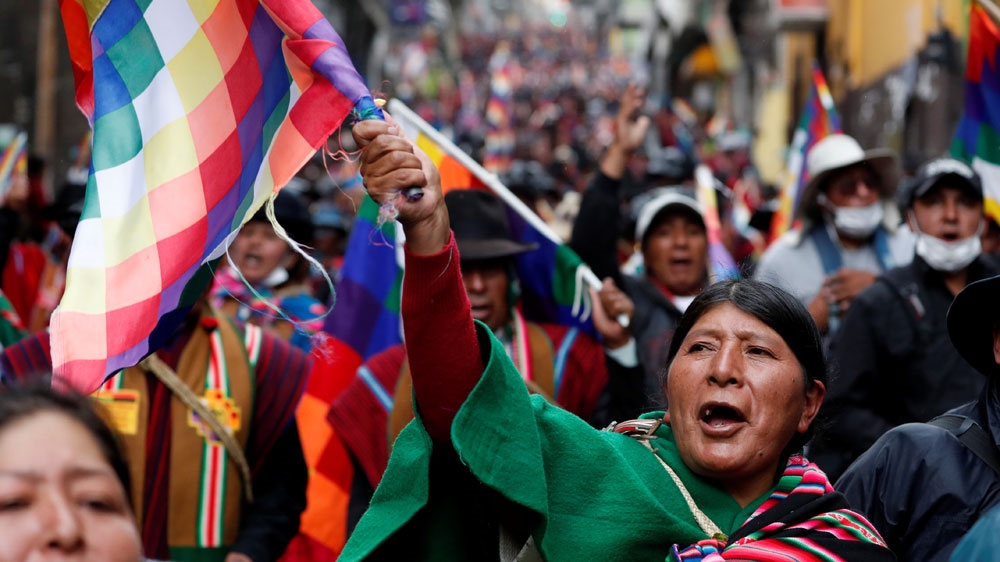 The United Nations has dispatched a special envoy to Bolivia, answering calls from the country’s former President Evo Morales for the international body to intervene in the political crisis sweeping the Andean nation.

Bolivia has been in turmoil for weeks over a controversial October 20 election, the results of which were rejected by Morales’ rivals, who claimed the election was rigged.

Protests intensified after an audit by the Organization of American States (OAS) revealed «serious irregularities» in the election, which saw Morales winning 46.49 percent of the vote, 9.5 points ahead of his main rival Carlos Mesa – but still short of the 10-percent lead required to outright win and avoid a second-round election.

«The secretary-general has asked Jean Arnault to engage, as his personal envoy, with all Bolivian actors and offer United Nations support in efforts to find a peaceful resolution to the crisis, including through transparent, inclusive and credible elections,» spokesman Stephane Dujarric told reporters in New York.

Arnault, who has previously served as special representative for Colombia, Georgia and Afghanistan was travelling to Bolivia on Thursday.

UN Secretary-General Antonio Guterres «remains deeply concerned about developments» in Bolivia and «reiterates his appeal to all Bolivians to refrain from violence and exercise restraint,» Dujarric said. Guterres reiterated the comments in a post on Twitter.

I’ve asked Jean Arnault to travel there as my personal envoy to engage with all actors and offer UN support to efforts to find a peaceful resolution to the crisis.https://t.co/cRYc9hbsKL

Morales hailed the announcement, saying in a tweet that he greeted and thanked «brother Antonio Guterres» for sending an envoy.

The socialist icon, who has led Bolivia for 14 years, fled to Mexico on Tuesday after receiving asylum. From there, he has been calling for UN intervention in a series of interviews with international media.

On Wednesday, Morales supporters marched through the capital La Paz and several other cities, calling for the reinstatement of the socialist leader.

«This woman does not represent us,» said Rolando Balboa, a teacher from El Alto, referring to the right-wing interim leader Jeanine Anez.

«Evo was a good man who built roads and gave homes to the poor, and they have forced him to resign,» Balboa told Al Jazeera.

Mass protests over alleged irregularities in the results of the October 20 presidential election prompted Morales’s flight, however, anger had been building in the country for months after his controversial decision to run for a fourth term.

Some 10 people have been killed and more than 400 injured in the weeks of demonstrations in the administrative capital, La Paz, and other cities.

On Tuesday, Anez, a previously little-known politician, declared herself interim president after four officials in the line of succession resigned from their posts in support of Morales.

The presidential candidate from Anez’s conservative party came in fourth place in the last election, receiving less than five percent of the vote.

Not a single indigenous person was included in her transitional cabinet sworn in on Wednesday in a country with at least 40 percent of the population belonging to one the 36 indigenous groups.

Her government has been recognised by the United States and its regional allies Colombia and Brazil among others.

Russia also recognised Anez as the interim president though it considers Morales the victim of a coup.

Anez has promised fresh elections within a few months but said Morales will be barred from running. No date has been set for the polls, which the constitution dictates must be held within 90 days of Anez taking office.

On Thursday, the interim government announced that talks with Morales’s Movement for Socialism (MAS) party had begun in a bid to bring peace to the deeply polarised country.

The announcement removed Maduro’s main allies as he fends off efforts to overthrow him amid a deadly economic and political crisis.