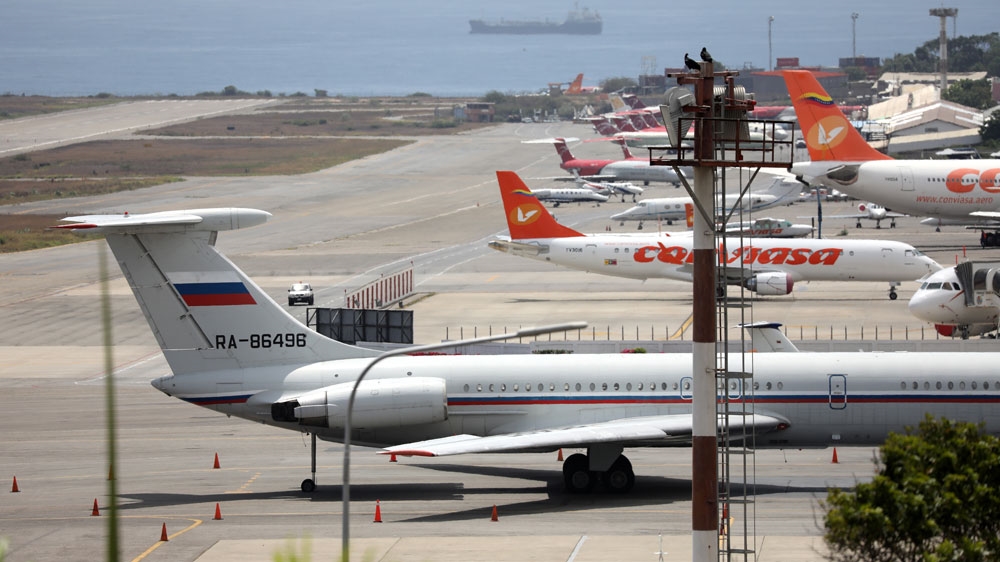 A Russian air force plane has landed in Venezuela‘s main airport, according to a Reuters News Agency witness and a website that tracks plane movements.

An Ilyushin 62 jet with tail number RA-86496 was parked at Simon Bolivar International Airport of the capital Caracas on Monday, three months after a similar arrival prompted a war of words between the United States and Russia.

The tail number is registered to a Russian air force jet, according to website Flightradar24, and matches the tail number of the plane that arrived in March.

US President Donald Trump in March ordered Russia to remove all troops from Venezuela, while Russia‘s foreign ministry said the planes were only carrying specialists who were servicing arms sales contracts.

Russia backs Venezuela’s President Nicolas Maduro, while the US and dozens of other nations support opposition leader Juan Guaido, who declared himself interim president in January, asserting that Maduro’s reelection last year was illegitimate.

Moscow has said US sanctions against Venezuela have hurt ordinary people and warns Washington against using force.

According to the UN refugee agency (UNHCR), about four million Venezuelans – nearly 15 percent of the population – have left the country to escape its economic and political crisis.