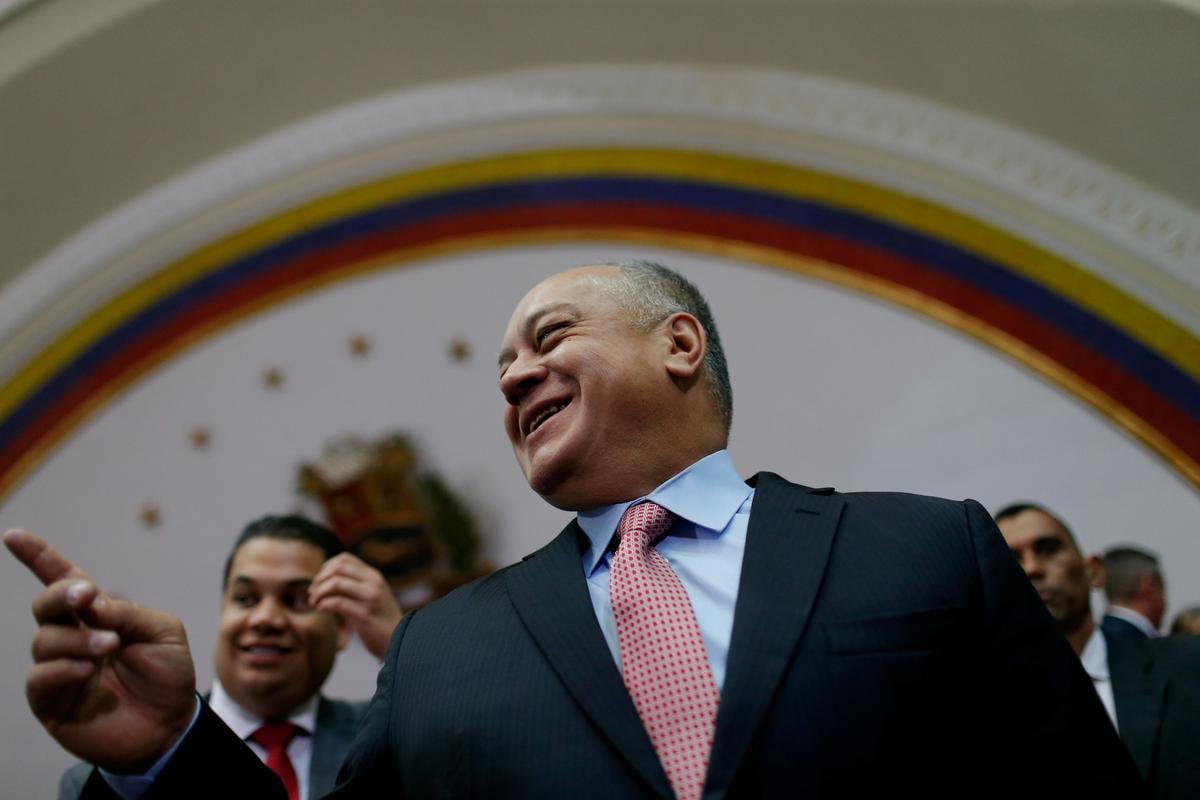 Shortly after his announcement, President Nicolas Maduro said on state television Cabello would need several days of treatment and recovery, but that “he is already resting, he is fine.”

Cabello wrote on Twitter that he is in isolation and receiving treatment. “We will win!” he added.

Cabello’s announcement comes after the governor of Venezuela’s Zulia state, Omar Prieto, tested positive for COVID-19, according to Maduro, after being admitted on Tuesday to a private clinic due to respiratory trouble. [L1N2EF2P1]

Zulia, which Maduro has identified as a coronavirus hot spot, has been among the states hardest hit by Venezuela’s crumbling power and water services, hampering efforts to maintain basic sanitation even in hospitals.

“The virus exists, the virus reaches everyone, it can affect anyone, you have to take care of yourself,” he said. “This is not a game.”

Maduro in a televised broadcast on Wednesday announced 317 new cases of the virus, taking Venezuela’s total to 8,010.

Opposition leaders have questioned the official figures, pointing to a lack of transparency in reporting cases and persecution of journalists and health workers who question official data.

The ruling Socialist Party says Venezuela has handled the outbreak better than other Latin American nations, and that most of the country’s cases come from Venezuelan migrants returning from Colombia and Brazil.