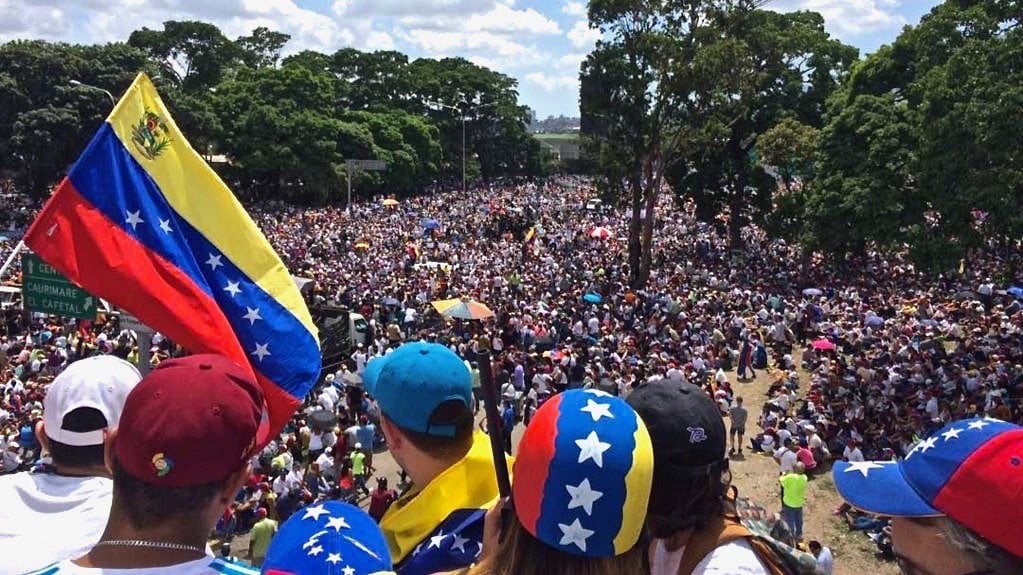 VENEZUELAN Foreign Minister Jorge Arreaza has demanded an explanation from the UK government following the discovery of a ‘Venezuelan Construction Unit’ in the British Embassy.

Mr Arreaza called an urgent meeting with Deputy Ambassador to Venezuela Duncan Hill in order to reiterate Caracas’ “sovereignty” and ensure Britain was not on board with any coup plans hatched in Washington.

After the specialist unit – set up last Autumn – was revealed via documents obtained under the Freedom of Information Act, an FCO spokesperson said its purpose was “to coordinate a UK approach to international efforts to respond to the dire economic and humanitarian situation in Venezuela.”

However, Mr Arreaza was keen to press the issue further and stated: ​“We demand that the United Kingdom of Great Britain and Northern Ireland withdraw from Washington’s coup plans and from any destabilizing initiative.

“We demand respect for our sovereignty, for our people and for the purposes and principles of the UN Charter.”

He claimed Mr Hill “confirmed this absurdity and tried to justify the unjustifiable”, but an FCO spokesperson declined to comment on the assertion.

Canciller_Jorge_ArreazaImage: HenryContreras @Wikimedia CommonsHaving assumed office in January 2019, Juan Guaido has failed to make the political breakthrough expected of him.

His popularity has continued to fall, while a desperate coup attempt earlier this month has only strengthened Nicolas Maduro’s hand.

He told Redaction Politics: “Guaidó’s involvement in financing the recently frustrated mercenary raid has exposed both his corruption and his ties to the most extreme global networks of paramilitary and hard-right forces in Latin America, the U.S. and Europe.

“The only good news here is that he has lost the support of sectors of the opposition who have shown some interest in negotiating an exit.

“Reconstruction of Venezuela’s economic infrastructure would benefit from an international support program, but it is obvious that neither the Maduro government nor the pretender, Juan Guaidó, can generate a negotiated exit from the country’s hyperpolarized politics.”

READ MORE:
Despite coronavirus, Venezuela faces no respite from Trump’s sanctions
Nicolas Maduro has survived 2019 against all odds. Here’s how the Venezuelan President did it.

Heading up the unit is John Saville, who was the UK’s Ambassador to Venezuela from 2014 to 2017.

The Reconstruction Unit is believed to be part of a strategy to oust Mr Maduro and install Mr Guaido instead.

He said: “Maduro’s claim to legitimacy is seriously compromised by the constitutional contortions he has used to avoid the consequences of a decisive defeat in the National Assembly elections of December 2015 and to evade facing voters in a recall election in 2017.

“The election victory of 2018 offers him a veneer of legitimacy, but it is just that. However, Guaidó’s claim has always been even thinner, but now it has evaporated entirely.

“The most worrisome part of the situation today is that the hardliners in the Trump administration may that that they could dust off the military incursion that kidnapped Manuel Noriega from Panamá thirty years ago—at great cost of life to Panamanians.

“But it’s not just about oil; it’s about punishing Venezuela during the Chávez years for having the temerity to challenges US hegemony and neoliberal orthodoxy.”

Daniel Hellinger is Professor Emeritus of International Relations at Webster University and is currently working on the third edition of his text, Comparative Politics of Latin America: Can Democracy Last?

Redaction cannot survive without your help. Support us for as little as $1 a month on Patreon: https://www.patreon.com/RedactionPolitics.