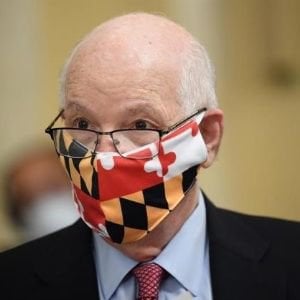 The U.S.-based peace organization CODEPINK condemned on Tuesday a bipartisan letter sent to the EU’s foreign policy chief, Josep Borrell, requesting that the European body neither recognize nor send an electoral observation mission to Venezuela’s legislative elections this December 6.

The organization is currently circulating a petition to tell Senator Cardin to stop undermining Venezuela’s democratic process and continue engaging the Venezuelan government in civic dialogue rather than through threats and sabotage.

Similar to what happened previous to the 2018 Venezuelan presidential elections, the United States has already claimed it will not recognize the upcoming December 6 elections and is trying to get the EU—which has established a dialogue with the democratically elected government of Nicolas Maduro—to follow suit.

Venezuela, suffering from brutal sanctions, repeated and violent coup attempts, and a deeply polarized electorate, has been preparing the conditions for these mid-pandemic elections for months now, with confirmed participation from opposition parties and leaders representing millions of Venezuelan voters.

In response to their confirmed participation—legitimizing the electoral path—the United States last week sanctioned four of these leaders for engaging the democratic process, with only the political factions dependent on U.S. funding and political backing boycotting the elections, their existence contingent upon it.

Noting that the U.S. denounces outside interference in its own elections, CODEPINK urges U.S. voters to hold their country to the same standard and lobby both Democrats and Republicans to respect Venezuela’s sovereignty by recognizing its democratic process.