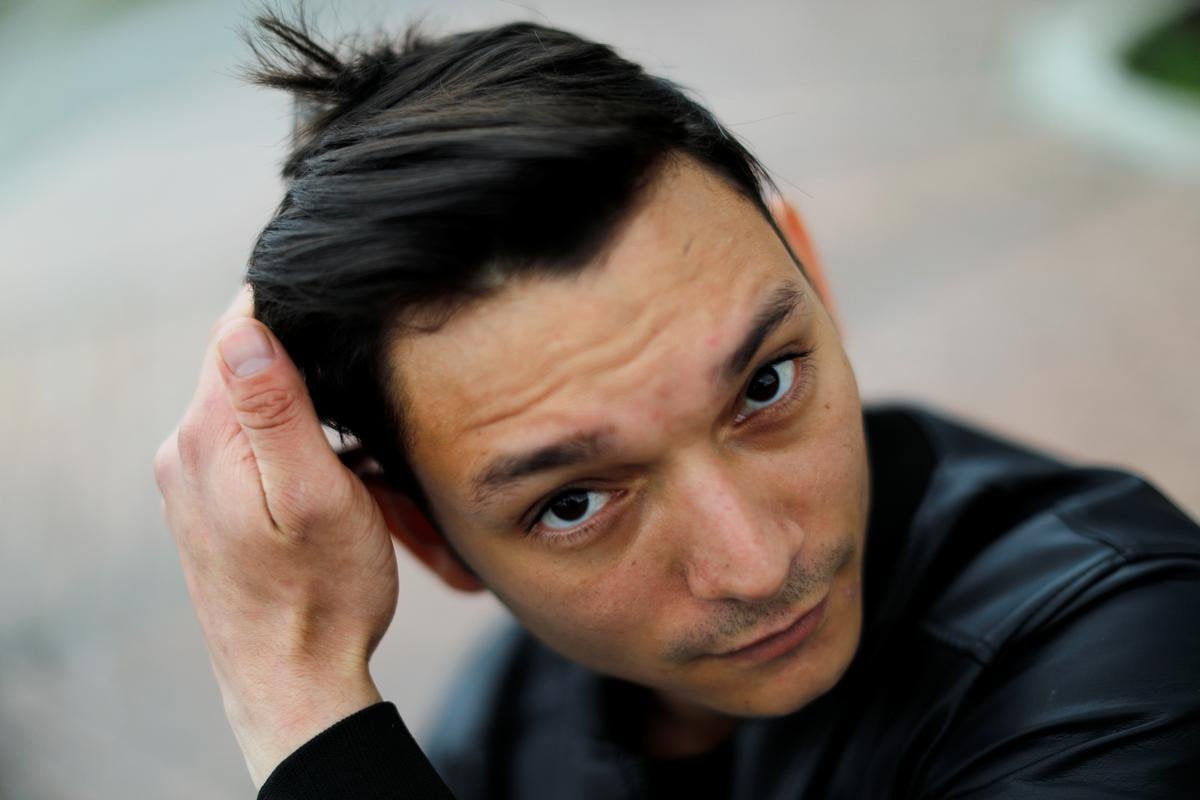 BOGOTA (Reuters) – Daniels Herrera kept quiet on his long walk home from work following violent protests in the Colombian capital Bogota last week, fearful his Venezuelan accent would give him away.

Daniels Herrera from Venezuela gestures as he poses for a photograph after an interview with Reuters in Bogota, Colombia November 28, 2019. REUTERS/Carlos Jasso

The 26-year-old had arrived in the sprawling city high in the Andes almost two years ago, one of more than a million Venezuelans who have fled crime and an economic meltdown at home to seek refuge in Colombia.

Herrera never expected to feel more unsafe here than in Venezuela, which has one of the highest rates of violent crime in the world, but that changed when violence erupted in Bogota during a nationwide strike and authorities imposed a citywide curfew.

Transport came to a standstill, forcing Herrera and two Venezuelan colleagues to walk almost 20 km (12 miles) to reach their homes in southern Bogota.

As they walked, they heard the muttering among other frustrated commuters about Venezuelans ruining the country.

“It was really frightening. We decided not to speak,” said the young cook, who works at a fast food restaurant in a Bogota shopping mall.

Non-governmental organizations and researchers say rumors blaming Venezuelan migrants for isolated looting and vandalism connected to the protests have caused a sharp rise in xenophobia over the last 10 days.

Posts on social media and messages forwarded on messaging application WhatsApp – many mentioning Venezuelans – stoked panic among Bogota residents on the night of the curfew, as the city’s emergency line was inundated with calls reporting residential break-ins that police say never happened.

BACKLASH IN OTHER COUNTRIES

More than 4 million Venezuelans have left their country in recent years, fleeing severe food and medicine shortages and hyperinflation. Nearly 1.5 million have settled in neighboring Colombia, many arriving with scant resources.

“There has been an increase in xenophobia in recent days,” said Ronald Rodriguez, director of the Observatory on Venezuela at Rosario University in Bogota.

“These (rumors) happened in my apartment building too. I was able to speak to at least 50 neighbors that evening and every one of them, without exception, accused those with Venezuelan nationality,” said Rodriguez.

A mass deportation on Monday of 59 Venezuelans who Colombia’s migration agency said were involved in vandalism during the marches only helped fuel prejudice, Rodriguez said.

“This action led people to believe it was Venezuelans who caused all the problems,” he said.

Neither the rumors nor the deportations are unique to Colombia as the exodus of Venezuelans stirs tensions in neighboring countries from Brazil to Chile.

In June, Peru flew home hundreds of Venezuelans with criminal records amid allegations that migrants were responsible for a rise in crime. Peru’s interior minister warned against xenophobia in September after false rumors spread on social media alleging Venezuelans were trying to kidnap children.

Unlike its neighbors, Colombia has not imposed stringent immigration requirements, instead encouraging migrants to register with authorities so they can access social services. For decades, Venezuela provided shelter to Colombians fleeing their country’s civil conflict.

In response to questions about the deportations, Colombia’s migration agency shared a press release saying the “bad behavior of a few is creating an outbreak of xenophobia, damaging the image of their fellow countrymen.”

Dihabal, 28, an undocumented migrant who asked his surname not be used, shares a small, squalid room in Bogota with his brother.

He says many Colombians, hearing their accents or assuming because of their clothes that they are migrants, have called them “venecos” – a derogatory term for Venezuelans.

“For a couple of bad people, we all pay,” he said.