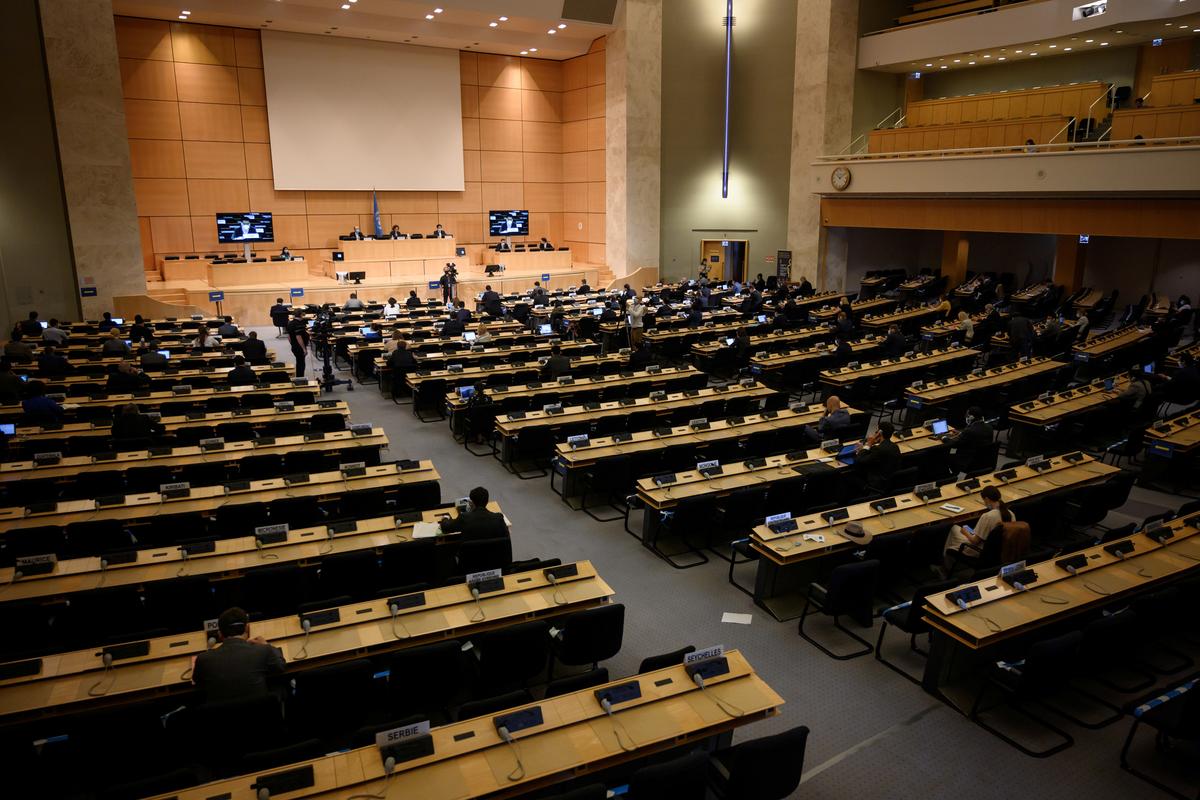 Delegates attend the resuming of a United Nations Human Rights Council session before an urgent debate on allegations of «systemic racism, police brutality and violence against peaceful protests» in the United States following the death of George Floyd druing the coronavirus disease (COVID-19) outbreak in Geneva, Switzerland, June 15, 2020. Fabrice Coffrini/Pool via REUTERS

GENEVA (Reuters) – African countries are lobbying to set up a U.N. inquiry into “systemic racism” and “police brutality” in the United States and elsewhere, aiming to defend the rights of people of African descent, a draft resolution seen by Reuters shows.

The text, circulating among diplomats in Geneva, voices alarm at “recent incidents of police brutality against peaceful demonstrators defending the rights of Africans and of people of African descent”. It is due to be considered at an urgent debate of the U.N. Human Rights Council on Wednesday.

The 47-member Council agreed on Tuesday to convene at the request of Burkina Faso on behalf of African countries after the death last month of George Floyd, an African American, in police custody in Minneapolis. His death has ignited protests worldwide.

The United States, which quit the Council two years ago alleging bias against its ally Israel, has not commented on being put in the dock.

The text, subject to change after negotiation at the Council, calls for setting up “an independent international commission of inquiry … to establish facts and circumstances related to the systemic racism, alleged violations of international human rights law and abuses against Africans and of people of African descent in the United States of America and other parts of the world”.

The panel should examine federal, state and local government responses to peaceful protests “including the alleged use of excessive force against protesters, bystanders and journalists”.

The resolution calls on the United States and other countries to cooperate fully with the inquiry, which would report back in a year.

The Council already has commissions of inquiry or fact-finding missions into human rights violations in hotspots including Syria, Burundi, Myanmar, South Sudan, Venezuela and Yemen.