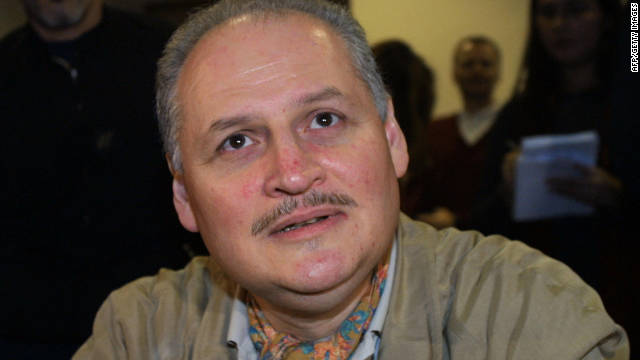 His father named him after Vladmir IIyich Lenin.
Reportedly financed at times by both Saddam Hussein and Moammar Gadhafi.
Has taken credit for more than 80 murders.
His nickname, given to him by the media, came from a fictional terrorist in the 1971 Frederick Forsyth novel, «The Day of the Jackal.»
Early 1970s – Joins the Popular Front for the Liberation of Palestine.
December 1973 – Shoots and wounds Joseph Edward Sieff, the president of the Marks and Spencer retail chain, in Sieff’s London home.
January 1975 – Twice attempts to launch rocket-propelled grenades at Israeli airliners at Orly Airport in France, but is unsuccessful.
June 27, 1975 – Kills two French secret agents and a fellow revolutionary.
December 21-29, 1975 – Takes 60-70 hostages at an OPEC meeting in Vienna. Most are released shortly afterward. However, a group of 11 hostages and several terrorists leave Austria by plane and makes several stops in North Africa. Although Ramirez’s instructions were to kill the Saudi Arabian oil minister and the Iranian interior minister, everyone is released alive after a $50 million ransom is paid.
April 22, 1982 – Masterminds a Paris car bombing that kills one and injures 63.
1993 – Is expelled from Syria, where he has been living since the early 1980s.
August 14, 1994 – Is captured by French agents in Khartoum, Sudan.
December 23, 1997 – Is convicted and sentenced to life in prison for the 1975 killing of two French secret agents and a Lebanese revolutionary.
June 26, 2003 – Publishes a book, «Revolutionary Islam,» which praises Osama bin Laden.
March 2007 – Wins an appeal of a 5,000 Euro fine levied against him for comments made in a 2004 documentary. He was originally found guilty of defending terrorism for saying, «In a legal war, we are authorized to take life if necessary.» The Appeals Court rules that his comments were taken out of context.
May 2007 – French anti-terrorism Judge Jean-Louis Bruguiere orders Ramirez to stand trial for bombings that occurred in France in 1982 and 1983. Eleven people were killed and more than 100 injured in the attacks.
November 7, 2011 – Trial begins in Paris.
December 15, 2011 – Found guilty of killing 11 people in bomb attacks in the 1980s. He is sentenced to another life term in prison.
June 26, 2013 – A French appeals court upholds his second life sentence.
October 7, 2014 – It is announced Ramirez will stand trial for a 1974 grenade attack in Paris which killed two and injured 34.
March 28, 2017 – Receives third life sentence for the 1974 attack in Paris.
March 15, 2018 – A French appeals court upholds his third life sentence.