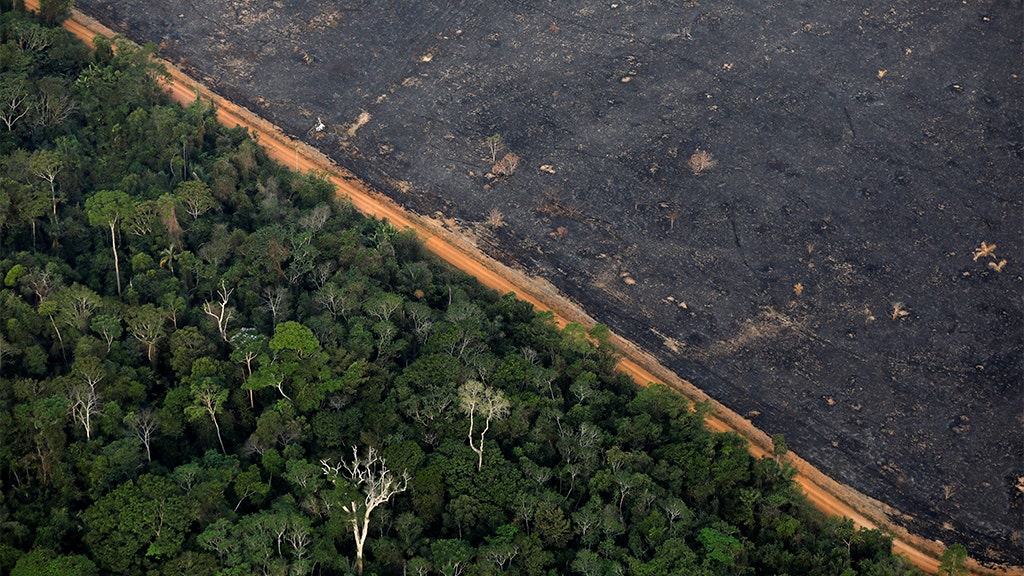 Deforestation in Brazil’s Amazon rainforest has risen to its highest level in more than a decade, according to new data from a government report Monday that seemed to confirm an increase under President Jair Bolsonaro.

Between August 2018 and July of this year, deforestation reached 3,769 square miles, a 30 percent increase over the previous year, Brazil’s National Institute for Space Research said.

The area of deforestation, roughly the equivalent in size of the U.S. states of Delaware and Rhode Island combined, is the largest recorded since 2008.

Concern about the Amazon rose after Bolsonaro took office in January. His administration has advocated deregulation around natural reserves and indigenous lands to promote economic development.

Environmentalists and nonprofit groups have warned that weakening environmental legislation will increase deforestation.

The annual data published by the space research agency Monday confirms earlier reports that deforestation was on the rise; the latest data is actually 42 percent higher than what was previously reported.

In July and August, fires in the Amazon region spread at a pace unseen since 2010, before slowing in September.

Some European leaders have questioned Brazil’s commitment to tackling deforestation and argued that the fires in the Amazon required a global response because of the ecosystem’s critical role in draining heat-trapping carbon dioxide from the atmosphere.

The Brazilian government has denied any wrongdoing and says it is taking all the steps needed to protect the Amazon.

As fires raged a few months ago, Bolsonaro sent the military to help battle some blazes and banned most legal fires for land-clearing in the Amazon for two months. Fires in the Amazon eventually fell below the monthly average in September.

The Associated Press contributed to this report.